Supposing that we were adopting a standard of moral principles suitable for the present age, what should be the ideal of conduct by which to fashion our lives? This is a question that is extremely puzzling to the minds of young students, and one of which they will frequently question their elders. Our beloved teacher, Mr. Fukuzawa, being desirous to formulate an answer to these questions, requested us to draw up in writing a plan of moral conduct. We therefore drew up the following general sketch of a scheme for the conduct of life, taking as our basis the lesson of our teacher’s own life as illustrated by his words and deeds; and, having completed our task, submitted it to him for his approval and sanction. We have given our sketch the name of Fukuzawa’s Moral Code, and, as contained in the following pages, we commend it to the attention of students.

It is a point about which there is a perfect unanimity of opinion throughout the realm, that it is incumbent upon every native-born subject of the Japanese Empire, without regard to age or sex, to pay homage to the Imperial House that has reigned throughout the ages and to show gratitude for it gracious favour that has occurred to us from its many virtues.
But when we ask the question how, in these days, and in what manner, the men and women of to-day should order their conduct in society, we find that as a rule such conduct is regulated by various systems of moral teachings which have been handed down from past ages. It is fitting, however, that moral teachings should be modified from time to time to keep pace with the progress of civilization, and it is but natural that a highly advanced and ever advancing society, such as we find in the world to-day should be provided with a system of morals better suited to its needs than the antiquated teachings already mentioned. It is for this reason, we venture to think, that it has become necessary to state anew the principles of morals and rules of conduct, individual as well as social. 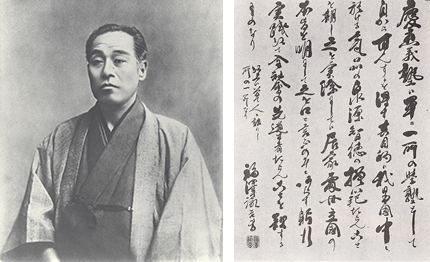